Career Path of a Successful Bartender

How to Create a Successful Career as a Bartender

Every good bartender has a long and storied history on how they came to be behind the bar. Some of those stories are only tales of woe. Others seem to have just lucked into the position because they were in the right place at the right time. There is likely a wrong way to go about kicking off your career as a bartender, but we aim to point you in the right direction. With a little education and some great tips from our bartending instructors you can start your bartending career on the right path. 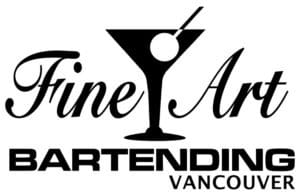 1. Bartending School is a great place to start

At Fine Art Bartending School we encourage our students to go out and get hired. Get a job somewhere and start working. Don’t be fussy. You don’t have to stay forever, so it doesn’t have to be the EXACT place you see yourself working for 10 years. Is it 30 minutes away from your place and you would prefer something closer. Do they play rock music & you like hip hop. Maybe it is only a seasonal bartending job and you want something more permanent. The crowd might be a little older than you prefer, but so what! We would encourage you to jump on whatever opportunity comes your way & get working as a bartender at whatever place is hiring. You really aren’t going to know what kind of bartending suits you until you start working as a bartender. There are lots of different types of bartending jobs out there.

Recent graduates have been hired as bartenders at Boston Pizza, White Spot, Moxies and the Keg. We have also spotted our graduates at a Persian restaurant on Denman Street, and a Korean Karaoke lounge on Broadway. Some of those students have also been lucky enough to land jobs at the revolving tourist restaurant downtown, golf courses, catering companies, and a harbour cruise boat company. Apply to places with resume in hand. That Mexican place on Robson street, an Italian restaurant in North Van, or random pub in New Westminster might be your best bet for getting that bartending career started.

These might not be ideal bartending jobs. Most places on Granville Street, Yaletown, and the big chain restaurants have stacks of resumes on the managers desk. Everyone goes to Granville street, Yaletown, Cactus Club, Earls & Joeys. We have had students get hired on Granville, or at Cactus Club as a bartender right away. But the easier path, is to get off the beaten path. Think outside the box and go drop some resumes off where people don’t apply every day. Managers will be glad to see you, and your chances are way higher than they would be where you might be competing with the 20 other resumes that have been dropped off that week.

So you have been bartending for 3-6 months now, congrats to you. Nice making cash every night isn’t it? What do you like about your job? Do you like serving waitresses only? Serving food at the bar? High volume? Or a slower pace where you can connect with the customer? Late shifts, or day shifts? Whatever it is that you enjoy about bartending, or would like to avoid, now you have some experience!  You know what kind of job you want, and you are in a better position to get it.

KEEP YOUR CURRENT BARTENDING JOB! You do not have to quit one job before you start applying around for a better job. Start to put resumes out again, at the better places you could see yourself working at for a couple of years. This doesn’t have to be the greatest job in the universe where you see yourself retiring, just a step up from your current job. It could just be closer to your house, the hours are better, you think the money will be better, the crowd is more your style. Whatever you like about it, its a step up. Don’t get stuck in your first bartending job just because its comfortable. There are plenty of awesome jobs out there, where you can have more fun, and make more money.

4. Impress People and Make Some Contacts

Network! Now you are in the hospitality industry, you are not on the outside anymore. This is a big deal. When you are out with friends, or you meet someone who works in the industry, make sure to connect with them. The best jobs are not advertised, they come from referrals. Put the word out that you are looking for a job. You might be surprised by a friend telling you his uncle owns a pub, and would give you an interview.

When your networking, be humble. Bartenders that work in great places don’t want to hear about how you could do their job better than them (seriously, this has happened to me a few times with cocky drunk bartending school graduates while I was working at a top nightclub in Vancouver, and its always young dudes : ). Don’t ask for obscure drinks to trip them up & show off how knowledgeable you are. Try a different approach. Mention to the bartender, “I graduated from a bartending school last fall. I have been bartending at Boston Pizza for 6 months, but I would love to get into a place like this. How do you think I could make that happen?” you will be amazed at the opportunities that open up for you. Be humble, and network!

5. Figure out what part of bartending you really like & study up

If you want to make the big dollars, at the awesome places, you are probably going to have to do some work on your own time. Going to seminars, networking, going to industry events. This is where the bartenders that are serious about bartending start to pull away from the average bartenders working at a chain restaurant (nothing wrong with working at a chain restaurant, you make good cash$$, I just wouldn’t consider it the top of the bartending profession). Now that you have been behind the bar for a while, certain parts of your job probably appeal to you more than others.

If you enjoy making super high quality cocktails, creating interesting flavor combinations, infusing alcohols, making bitters etc.. the craft cocktail scene is the place for you. Go to the bars where craft cocktails are number 1 & network. The Keefer Bar, The Diamond, Boneta, Chambar, Market, Uva, The Union & George to name a few. Follow https://twitter.com/CanBartenders on Twitter, subscribe to Jeffrey Morgenthaler’s blog, attend cocktail competitions like https://www.facebook.com/enjoymadewithlove go to the Hopscotch festival in the fall

If wine / fine dining are your thing, get out into Vancouvers wine world. Attend 1 day seminars, maybe just start working towards your WSET / sommelier certification 1 night a week. Go to wineries. Check out the Okanagan. Tour and also taste wine. If you can’t get out of town, head to Township 7 in Langley, or Vancouver Urban winery. Go to tastings at Legacy Liquor Store, or Everything Wine. Follow them on twitter and get down to those tastings! If your passionate about wine, dive into the wine world, network, and get down to some restaurants where wine is the focus & apply!

6. Add some flair to your bartending game

If nightclubs are your thing, then start networking with nightclub staff when you are out partying. Preferably earlier on in the evening, when they are not so busy. Not everyone is going to tell you the secrets of how to get hired at the bar they work at. Opportunities come from networking, so keep at it. If you are serious about ending up bartending in a nightclub specifically, focus on building your contact list. Managers hire the bartender that can bring in the most customers. Even if a candidate was slightly less experienced, if they had 1000 friends on facebook, they were hired. During weeknights, and early on the weekend nights, most clubs struggle to fill the room. so just a tip if your looking to work in a club, build that contact list. Twitter, Facebook, BBM, whatever, just bring people in the door.

Example of a students progression from Fine Art Bartending School to a dream job & world travel.

Luca took the Fine Art Bartending School Vancouver program in March 2011. Luca’s first bartending job after graduating was at Cafe Crepe on Granville street. He serves pitchers of cheap beer to students, plus the occasional crepe (bet you didn’t think you would come out of bartending school & make french crepes did ya Luca!!) Not the most amazing bartending job in the world, but he’s making decent money. He pays his bills and he’s learning the industry.

Luca was interested in flair bartending, so he takes the 1 day flair seminar at Fine Art Vancouver. He stays at Cafe Crepe for 6 months, and practices his flair moves in his spare time. Luca always wanted to work abroad, so he got a permit & moved to London, England, and got a job in a pub there. He started going to flair bartending competitions, and competing. He networked with other flair bartenders. After a few months at the pub, he got a job at a hot nightclub. A few months later, he was offered a bartending job in Dubai at the Jumeirah Beach Hotel’s nightclub. Search for Luca Corradini on youtube and see how great he turned out to be at flipping bottles.

Start your Bartending Career with some focused training

In summary, a good reputable bartending school is a great place to start. You can come out of bartending school, get a decent bartending job, & make decent money. Not everyone has to go to the top of the profession. Maybe you just need some extra cash while you go to school, and its a short term thing. But if you want to move up from a decent job, to create a bartending career at an amazing establishment, you are going to have to put in some extra hours on your own time.

He took a few seminars, did lots of practice and networking. Bartending has taken him all over the world. We have lots of successful grads that went down the wine route. Others that joined the craft cocktail scene, and busy high volume nightclubs. Lots of grads in different bartending jobs, in different areas of the world; Caribbean, Australia, Europe, Asia, etc… You just have to start somewhere! Get your foot in the door, network, and take advantage of opportunities when they come your way.